Advance British and Brexit Elections: how will the British pound react?

Advance British and Brexit Elections: how will the British pound react?

The end of the goal in the British elections is approaching and as in every electoral race the political parties boost their candidates and boast of those places where they know they have their sure vote. But given the mixed results of past elections and uncertainty about the future of the United Kingdom in the European Union, it is expected that market volatility will be the highest.

It should be noted that Brexit is conditioning this electoral campaign, which adds even more uncertainty to the prediction of the results. Even so, several electoral polls have granted a majority to the conservative Boris Johnson party, but if one thing is clear it is that in these elections nothing is entirely done and last-minute surprises can happen.

If we look at the options market, we can see that the price of an “at the money” straddle, that is, the purchase price of both a put option and a call option with the same exercise price as the underlying one, over the GBPUSD, expiring on Friday, December 13, is around 300 points.

This indicates that a volatile week is expected for the currency, needing at least one movement above 1.3429 or below 1.2829 in order to make the strategy profitable.

Chart: purchase price of a call option and a put option

Next, I show you the possible scenarios that may result from the elections, and their impact on the pound against the US dollar and the euro.

It should be noted that any movement that is going to take place will take place most safely at 10 pm British time (23.00 in Spain). At this time the polling stations close and a preliminary result is published, which has proved to be more successful in some cases than in others, but as can be seen in the attached images, in the two previous general elections, in 2015 and 2017, the Pound reaction has been instantaneous when the document was published, known as the “exit poll”.

GBP / USD and EUR / GBP reaction after the “exit poll” was published in the May 2015 elections , after an unexpected majority of the conservative party 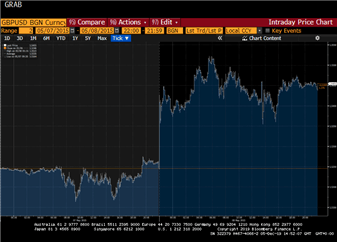 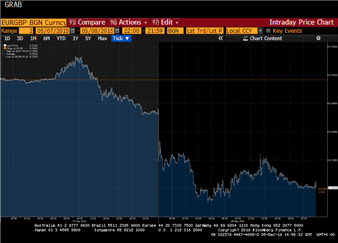 GBP / USD and EUR / GBP reaction after the “exit poll” was published in the June 201 elections 7, after the majority lost the conservative party and an unexpected advance of the labor party 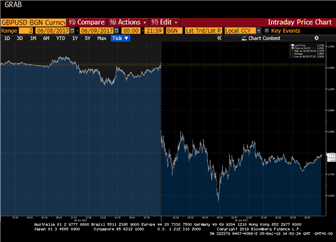 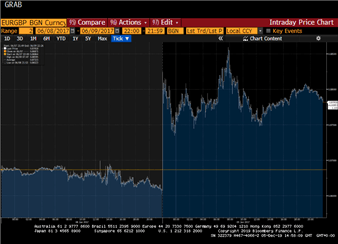 HOW WOULD THE POUND REACT TO POSSIBLE SCENARIOS:

Majority of the Conservative Party

The conservative party is currently in the most divided, with a fundamental balance between patriotic sentiment and business interest, culminating in different opinions about the future of the country after its departure from the European bloc.

Some predictions estimate that the value of the pound against the dollar could skyrocket up to 1.4000 in the hope of ending the political and economic uncertainty of Brexit. Boris Johnson has not stopped reiterating that if he gets a majority at the polls he will push until he can get the United Kingdom out of the European Union on the new departure date that is now January 31.

While the followers of the conservative party remain divided in their opinion on Brexit, it is very unlikely that a conservative voter will vote for the Jeremy Corbyn labor party, and the chances of them voting for any other party are low.

A concern voters may have if Boris Johnson gets a majority is that his agreement with the European Union almost certainly guarantees a hard Brexit, which can create a new round of Euroscepticism in the British Parliament. The British Prime Minister agreed to a transition period until the end of 2020 but does not plan to request any extension beyond 2020, which may end up resulting in a hard divorce.

It is important to remember that if the GBP / USD skyrockets when the majority of the conservative party is announced, there may be a setback in the price caused by a kneading of take-profits and the digestion of what Boris victory means Johnson and his agenda with Brexit, with a new deadline of less than 8 weeks. Even so, the trend would remain bullish touching levels not seen in two years.

Majority of the Labor Party :

Although the last polls are used as a guide, it is very unlikely that the labor party will obtain a majority, but as there is nothing certain and given that there have been several surprises in politics recently, we will consider this result as a possible option.

Jeremy Corbyn’s political agenda has been considered anti-capitalist, with ideas such as the nationalization of the transport network and telephone network providers. The city would receive the result with fear since its economic policies favor the employee and not the entrepreneur, especially when it comes to multinationals.

As for Brexit, the labor party has said that it will try to renegotiate an exit agreement with the European Union, and even launch a second referendum so that citizens can vote if they really want to leave the common block or if they prefer to stay as they are.

The reaction in the pound at first sight is pessimistic, especially because of the feeling of fear among businessmen. The doubt is as pessimistic, because despite not having proposed clear ideas and a way forward in Brexit, the option of being able to save the UK’s relationship with the block can be well received by companies.

Since economic investment has practically frozen in the face of uncertainty about the future, avoiding a hard divorce is something that economists predict as a positive point for the British economy, although there are no clear policies to achieve it.

That is why the range of movement is more complicated to predict than with a majority of the conservative party. Even so, we can expect the GBP / USD to go back to the levels seen at the beginning of September, around 1.2000, and even lowering closer to 1.1000.

Parliament without a majority :

When Boris Johnson called the elections he did so with the intention of ending the parliamentary blockade that prevented him from implementing his exit agreement with the European Union. If the polls suggest a new round of political blockade, uncertainty about the future of the British economy will once again become a reality and the pound will be plunged into a new round of bearish pressure.

The reaction in the markets will depend largely on the coalitions that can be formed. A conservative minority government with Brexit Party support would result in a Brexit without agreement and a breakdown of free trade agreements with the European Union. This can be seen as one of the worst results for the pound. A labor minority coalition would be seen as less radical but would probably bring even more uncertainty to the markets.

The euro rises driven by economic figures from Germany